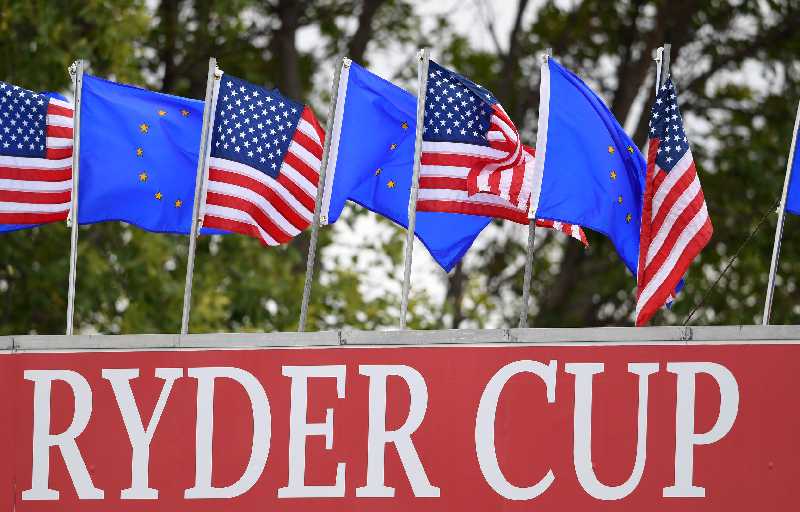 Our Ryder Cup record since the turn of the century is impressive. It suggests that the European Tour is strong. Yet we don't convert to Majors!

As we head into 2018, a Ryder Cup Year, Europe, since the turn of the century, has won six of the eight contests against the USA. The standing of European golf and the strength of the European tour is higher than ever, I hear you say. From our perspective here at Golf Teamwear, we love the Ryder Cup year as it spawns great interest in Ryder cup type challenges within and between societies and between corporate entities here in the UK, in the USA and throughout Europe. We are ready to supply the golf team outfits with the competition logos, the corporate identities and the participant’s names embroidered on the shirts, the golf sweaters and of course the golf caps.

In 2018, there will be players from 35 nations on the European Tour and England, with fifty eight players on the tour (23%) is the strongest nation in terms of representation. England has three times each of its nearest competitors, South Africa, Sweden and France.

Out of thirty five qualifiers from tour school this year, ten have come from England and If form continues as per 2017, English players will win 23% of the events, which is pro rata to their player representation.

England provided six of the twelve players at the last Ryder Cup. So, all is looking good then from an English perspective!

Yet why, when it comes to the Golf Majors, do English players perform so poorly in terms of victories.

Of the seventy-two Majors held since the turn of the century, English players have won only two.

Other European Golfers have won a further thirteen between them, helped massively by the Northern Irish contingent of McIlroy, McDowell and Clarke and of course Padraig Harrington from The Republic of Ireland.

However, the Americans have won forty times, a staggering 55% of all majors.

The easy argument still holds most sway. The depth of talent on the PGA tour, the set up of the courses, the prize money fund, the crowd attendances all make the PGA tour more competitive. The theory is that it is more difficult to win on the PGA tour and to win regularly you have to really sharpen your competitive edge to get over the line regularly.

There might be something in this theory. When you look at the relative performance of the big names in English golf, their winning record on the PGA tour is at best modest.

Yet this strength in depth of individual American major winners has had difficulty in teaming up to play against the pan European Ryder cup team. Perhaps there is a big gap between the hard edge needed to close out a major golf competition as an individual and the edge needed to play alongside and share with a fellow golf superstar in a matchplay golf team game which is not as powerful in the American psyche. There is no doubt that in the team environment in recent years, the Americans have lost that edge. However, the new crop of exciting young Americans golfers may, after Hazeltine, be finding a way to bring their A game to the team environment and despite the fact that the American Ryder Cup team has not won outside of the UK since 1993 at the Belfry, 2018 could be the year.

I suspect that, of the personalised golf shirts and caps that we will be supplying for this year’s social and corporate golf event challenges, the ones with the American flag may turn out to be on the winning side more often than not.