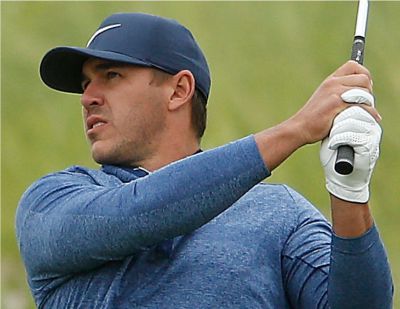 Will Golf see the rise of another Dominant Force?

Whist other sports seem to have a dominant performer or team, Golf still has many pretenders to the throne in the post Tiger era.

It never ceases to amaze me how, in the acutely competitive and fiercely fought upper echelons of elite sport, that one or two individuals or teams can dominate for season upon season.

Raphael Nadal’s twelfth French Open Tennis crowning at Roland Garros is nothing short of astonishing. In fifteen years, he has won the French Open twelve times. In modern day tennis the sheer physicality of winning a clay court title is mind blowing. But to win it twelve times.  Wow!

Since Roger Federer won his first grand slam in 2003, there have been 62 grand slams played and including Andy Murray’s victories, there have been only 9 occasions when either Federer (20), Nadal (18) and Djokovic (15) have not claimed the title. They have claimed 86% of the Grand Slams. Wow!

How can that be in this fiercely competitive sports world and why are the young super-fit aspiring tennis players not making an impact. The big boys have a dominating aura. Doesn’t say much for the tennis coaches around the world that the big three are not being challenged.

In football, over the last 12 years, two players have dominated the sport in the eyes of the world. The performances of Cristiano Ronaldo and Lionel Messi are relentless, season after season.

Not surprisingly, the club teams for whom they play have dominated European football over this time. Teams can also dominate. Look at the All Blacks and currently Saracens in International and European Rugby Union respectively

However, in Golf, post the Tiger era, there has been no similar dominant force parading the final fairway in the dominant red golf shirt.

If we take 2010 onwards, to date in the 38 majors played, there have been twenty-eight different winners and only two names have won four times. Rory McIlroy and Brooks Koepka.

McIlroy, between 2011-14, looked like he was about to embark on a period of domination, but he has not won a major for 5 years. Koepka has all his victories in the last two years and as we head to Pebble Beach for the USA Open, he may well add to his tally.

Across the sporting world there are clear dominant individuals and teams. Yet Golf awaits a new dominant hero. Is it you Brooks… or will the spectre of a final day red golf shirt rule the fairways once again?